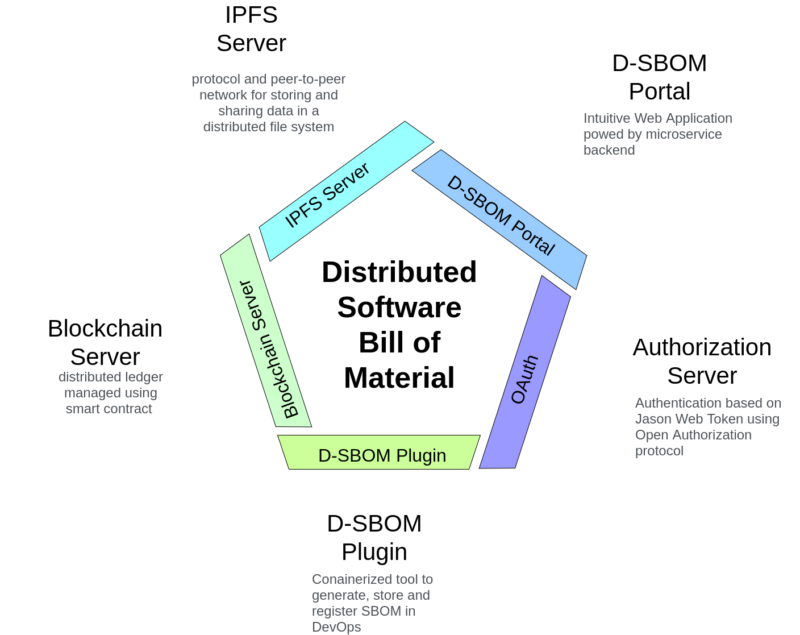 The D-SBOM plugin is designed to integrate with DevOps pipeline. The aim of the plugin to facilitates a secure functionality of generation, storage, and registration of a SBOM. A software will be built for each commit to the source code repository. After the build stage, the D-SBOM plugin will add stages to generate, store and register SBOM for the software. The number of stages will be configured by the customer. All 3 operations could be performed in manual or fully automated one or multiple stages in the pipeline.

The D-SBOM Portal provides an intuitive graphical user interface to manage SBOM life cycle and monitor the libraries included in SBOMs for known vulnerabilities recorded in CVE database. Additionally, the portal will facilitate user management, support, and subscription plan management to the customers. The Besu will not be accessible outside the localhost for HTTP endpoints. Only port 30303 will be opened to sync with other nodes in the network.