Disposable identities, what are they?

The classical tools and theories of the international political economy and diplomacy were the product of and well suited for the analogue world, where old strategies built on resource scarcity and ‘real’ events with physical objects apply. As transportation was experiencing revolution with cars, roads and highways, becoming mainstream, it was mission critical to come up with the traffic rules, system of number plates and driving licenses to enable frictionless collaboration among complex system participations. These rules are simple as they are meant to avoid collisions. Since no one wants to have accidents, every system participant benefits. It is a clear win-win situation. The analogy with intergovernmental relations is clear. As long as the key asset is land or territory, waging war has to be carefully considered, and therefore peace was the best option as it allowed us to deploy scarce resources to strengthen internal infrastructure. If as we see now one actor decides otherwise the entire world is confused and uncapable of swift coordinated response.

The world rapidly shifts from analogue to digital. Rules have now changed with self-driving connected cars that make decisions not on ‘real’ events but on data streams that can enable predictive analytics and many other forms of augmented decision. These data streams, now can act in the car without the knowledge of the driver. As data becomes as important or more important than territory as a means to power (defined as funding capability of future value) new rules of engagement are necessary. By analogy, this extends to the rules of intergovernmental relations. The rules have changed. As data is the new source of future value, identity becomes the main issue in the next decade.

The hardest concept to grasp in Digital Transition is the relative (semi) autonomous gaze of the network itself. This network is a balance of Cloud and edge services, with AI running inside objects in everyday activities (wearables, washing machines, cars). For this network all its users are ‘entities’, these can be machines, people and processes (templates that predefine scenarios). It becomes clear that ‘identity’, as in singular identities is no a longer relevant and productive concept.

In the current governmental relationship frameworks, we are used to dealing with three groups of actors:

The data flow of IoT/Big Data/blockchain will make new entities consisting of different qualities taken from the former three groups. The most important feature of this approach is that identity becomes an activity dispersed over and managed by the 1. person and his or her attributes profile, 2. object, machine or robot that performs the service and 3. the enabling connectivity harnessed in an architecture. Unlike the last decades of austerity and crisis management, this value layer is immensely rich and abundant, but only if it is under proper and responsible control.

The last decade saw over The Top Players on housing (AirBnB), mobility (Über), music (Spotify), data storage (Azure, Amazon, Alicloud). The next one will be characterized by fights over the core addressability and the ecosystem built on the unique identifiers of people, objects and events.

Goods, persons, houses, situations, and Industrial processes all radiate data and create digital twins. These twins exist as sets of properties in an analytic layer that is in many hands now but not really under multi stakeholder control. The situation is hybrid in the sense that the digital twins actually begin to actuate back in the ‘analogue’ objects. This is the moment of ontological change. It demands a new toolset on the notion of identity itself.

A particular type of an ‘event’ identity is a disposable identity, otherwise referred to as ephemeral. Going back to the analogy of everyday life going for a walk in the morning with your dog you may pass people that stand out because of how they dress, you say hello to the newspaper seller at the kiosk, you meet two or three familiar dog owners, neighbours pass by. Your internal filters for judging the amount of and the quality of the interaction is flawless, yet you hardly are aware of how you are doing this. You have just enough information to act accordingly and so have they. You may trust a particular neighbour with a key to your house in case a packet needs to be delivered, but not the dog owners and not the nice dressers. This is very natural to you, and to them. Each one is awarded a dynamic disposable identity. It only lasts if there is an interaction, whether a main glance, smile, nod, hello, or conversation. As long as it lasts it is encapsulated in a large system of belief, confidence and trust about how each actor should, will and can act. In some cases, disposable identities may last until the next day and the next, as in the case of the dog owners. Their interactions are tailored and adequate, tuned to Varela’s notion of ethical enactment in daily life, one does not discuss something about the house with a dog owner. This is not only because there is no common register for it, one also does not want to burden or embarrass someone with data that cannot be turned into mutually beneficial information. Our normal ways of greeting people are very smart, intuitive, and heavily regulated.

So how does this translate in the virtual world? Well, here too we have two entities in a particular relationship that is intuitive and heavily regulated at the same time. The smartness lies in the fact that the two entities are programmable and can form a smart contract. That smart contract determines how much data and which types are shared, for how long, for what purpose and in which context. That is about as safe and adequate as it gets. 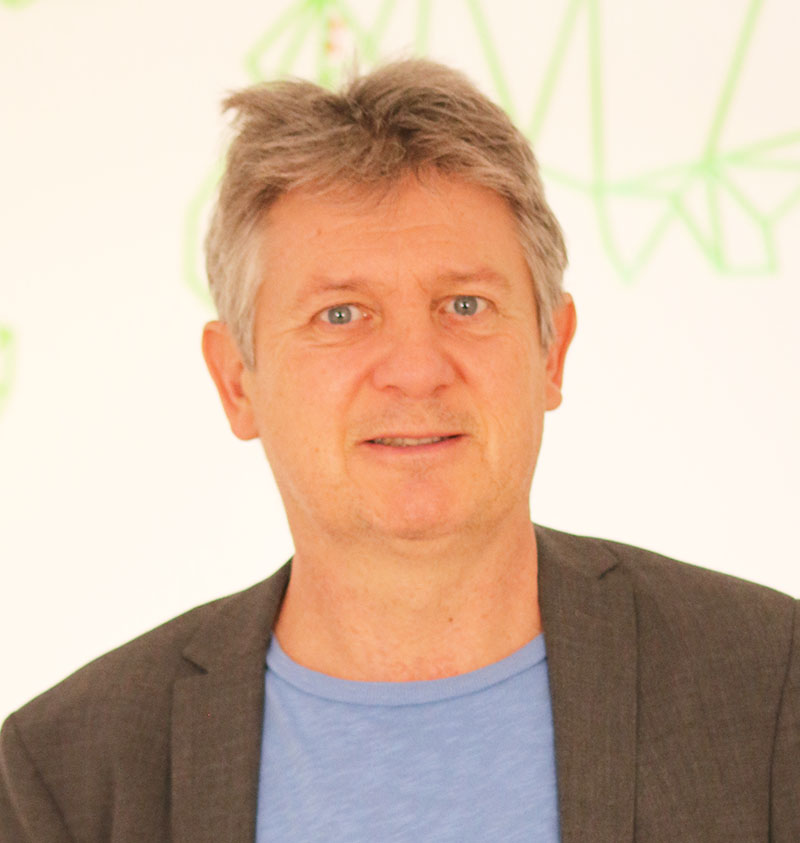 As the Founder of the Internet of Things Council (2009) and IoT Day (2010) Rob has acquired the expertise to co- explore innovation pathways with the team of asvin GmbH and enlarge the already impressive ecosystem. His long-standing experience and publications in the field of Internet of Things, Industry 4.0 and total connectivity in the space of flows offers him the perfect background to develop innovation strategies for the use cases of our technology and to co-create with the team quick wins and long term gains. Rob lives in Gent, Belgium. In his free time, he is an avid reader of (German) poetry. He is interested in the sovereign identity debate and the concept of disposable identities. Rob joined asvin 2022 as Chief Innovation Officer (CIO).